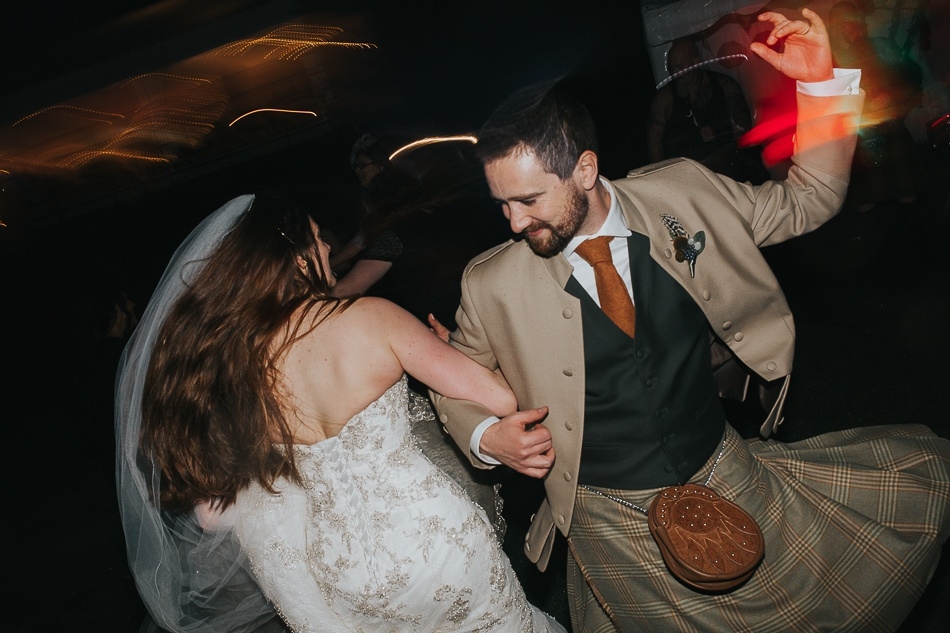 From a highly practical garment worn by the Celts to the statement-making outfit it is today, the kilt’s history is as fascinating as it is long. This month our style blogger, Mette takes a look at the story behind this iconic Scottish item, and how you can put your own spin on it. 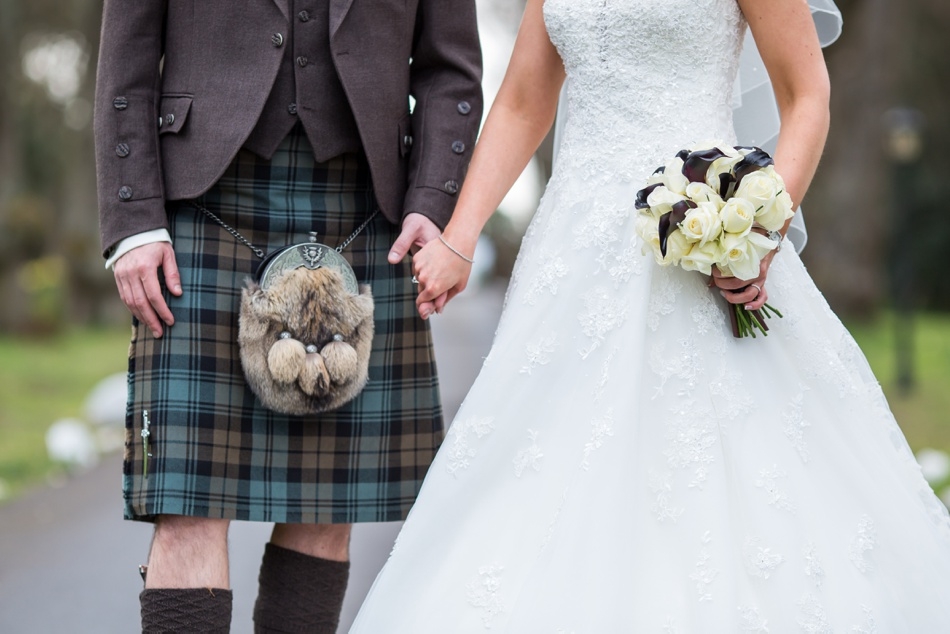 “Scotland has an incredibly rich textile history, I am not sure what fascinates me more – the textiles themselves, or the people who devoted their lives to design and make them.

“I am totally in love with kilted men, and I love everything about this kilted tradition. But, like with all traditions, we need to look at them and decide if they have value and strength to be upheld. I truly think the kilts have that, and I will give you some background to this.

“Kilts have been worn roughly since the 1550s, but the checked woven cloth has been worn long before that, by Celts in many locations as far back as the Roman times. The word kilt probably stems back from the Nordic “Kjilt” and means wrap around and tucked up around the body. The first kilts were more of a big blanket wrapped around you and held in place with a belt. It could easily be undone to cover you for a sleep.

“The loose kilt and plaid was great for agricultural work but as the Industrial Revolution accelerated the need for more streamlined workwear for working in the factories, the kilt changed to a simpler version without the plaid (the bit that comes over the shoulder) and with the pleats stitched down, so it literally was a “hands-free” garment.

“The first kilts were made in tartans, in its broad meaning of colours crossing on the cloth. The tartans developed and became more advanced. Tartans were coloured with plant dyes, so the colours were largely dependent on the vegetation in the local area. The tales about every name having its own tartan, as we refer to them today is probably largely a product of the 19th century. But still the clans were largely linked to local areas, and they would probably have worn the same or similar tartan designs.

“After the infamous battle of Culloden in 1746, the wearing of tartan and kilts was banned by law for at least a generation. When, the use of the Highland wear came back, the tartan designs developed and became linked to the clans or surnames as we know about it today. Today the clan tartans are big business. A tartan needs to be registered and lots of names have registered their own tartan along with football teams, schools and golf clubs. 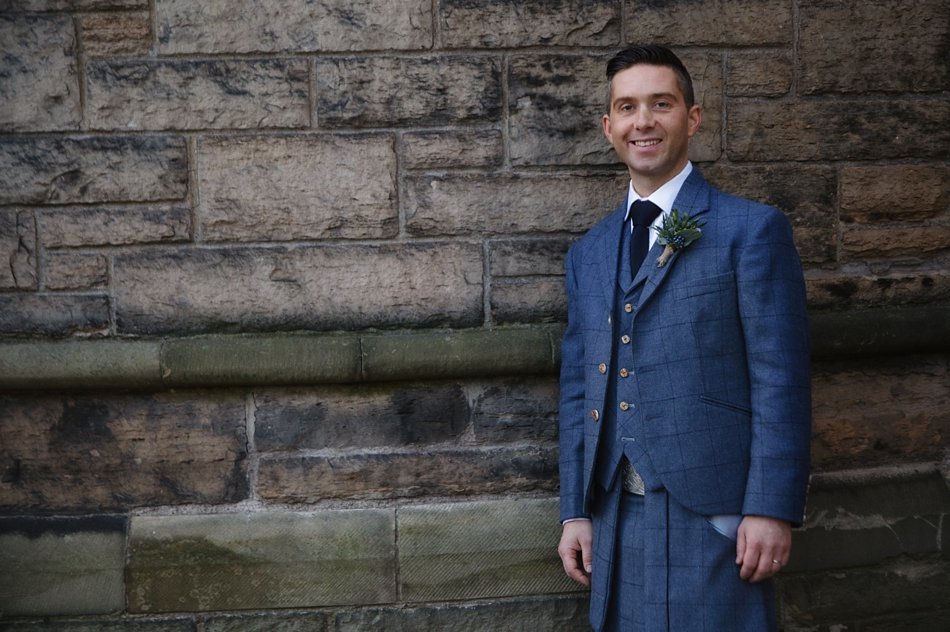 “As I already said, I LOVE kilts and men in kilts. I am a total fan of the inevitable language of clothes, how you send messages and communicate through your clothing even before you have even said anything. I think few garments send such a clear message as the kilt does. That being said, I have little or no interest in just putting on a “kilt-uniform” – I think you need to think about the kilt as any other garment like a pair of jeans or suit – make it yours, personalise it. Ask yourself: “What message would I like to send with this?”, “How can I communicate my “message” with my kilted outfit?”.

“I love the new ways of wearing a kilt and the interesting accessories now available. If you would like to wear a kilt for your wedding, have a play with accessories, and perhaps you can do it in a trendier way and with a bit more pizzazz! Think different colour combinations, think more relaxed, perhaps you don’t need the full kilt paraphernalia? For kilts at a wedding abroad, think shirts only, or shirt and waist coat but no jacket. Bring in looks from other trends, like utilitarian looks. Update your sporran, get some cool buttons on your waistcoat and jacket. Consider other footwear than what the kilt is traditionally worn with.

“And ladies, I often see men in kilts with this hunted look on their faces. Keep your hands away from under those kilts unless you have a prior arrangement, it’s horrible and it’s crude, and exactly what we women have fought to get rid of for years from men.” 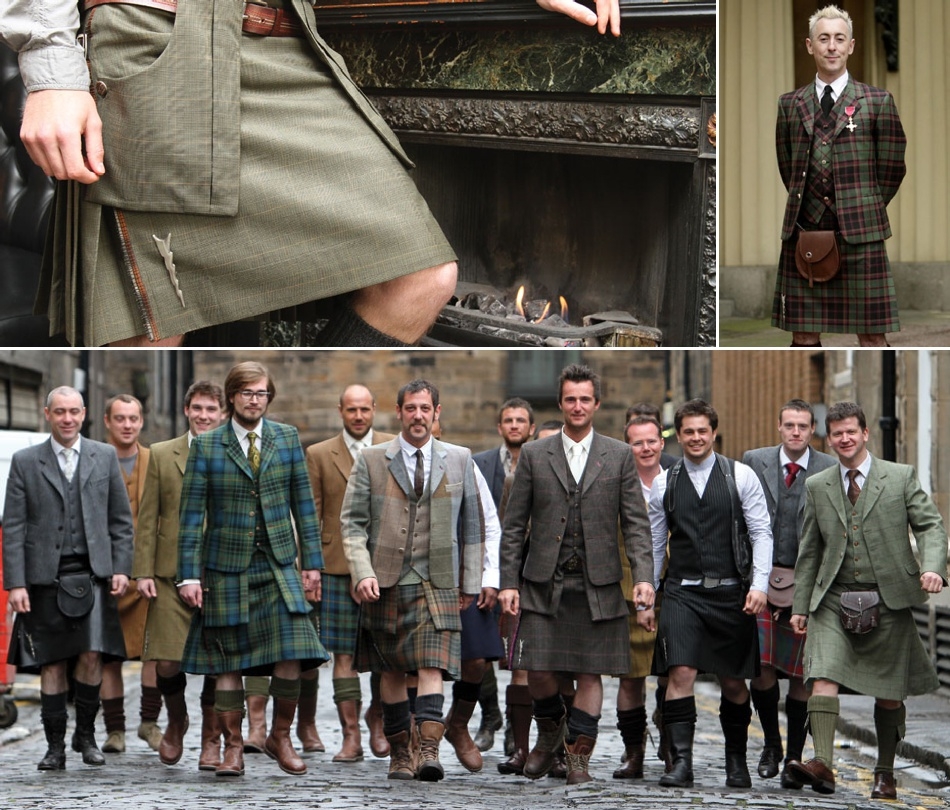 Great advice from Mette! We love how David Tennant wears his kilt (don’t do a Gerard Butler though). And then there’s the Kilted Yogis. So much to love!