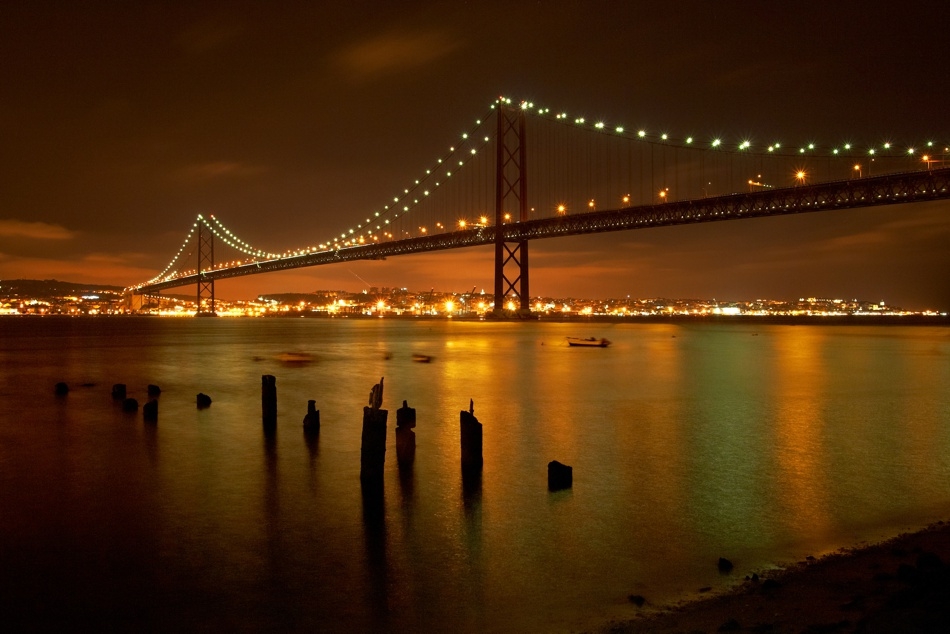 This month has been filled with hen party fun for guest blogger Adele. We are loving the sound of it and are already thinking of how to add in a wee cheeky trip to Lisbon this year. Over to Adele…

“The night before the henny came around far too quick – I’ve never been much a packer, not one for writing lists and I’m always that person buying an adapter at the airport after taking the only American one in the house. But this holiday was particularly difficult….I had no idea where my destination was and not a single clue what I was doing when I arrived – but how exciting right!

“I had 3 simple rules to follow – pack like you were going abroad for a weekend; take some Euros; take your passport….and my mind began to wander!! I even impressed myself at how little questions I asked my hen party and as it grew closer no one even wanted to speak to me anyway at the risk of slipping up! But my hens did good – and I really got the best surprise as my location was revealed on the back of my ‘so sassy’ t-shirt – LISBON bound!!! 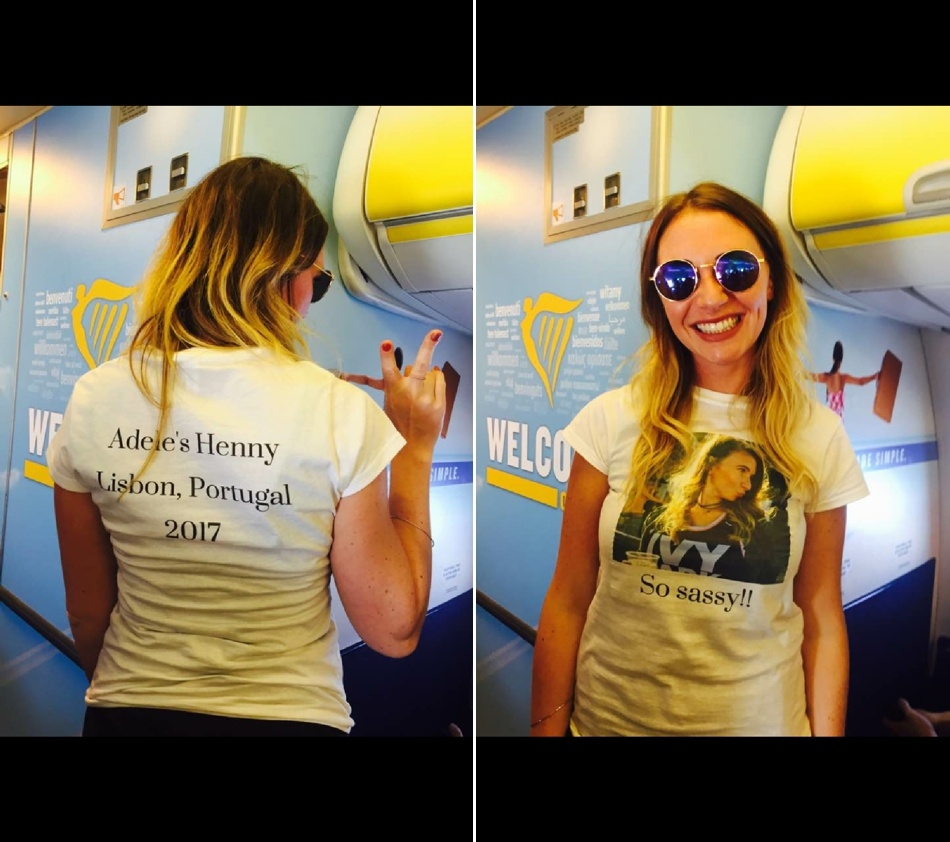 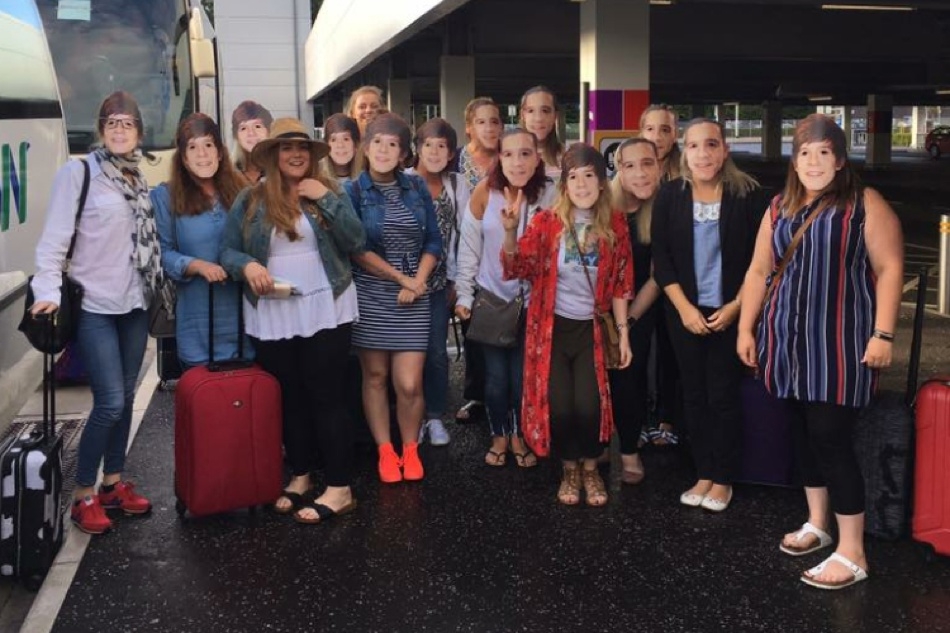 “After a bus, flight and taxi we reached our apartments and my sister wasn’t kidding when she said she had found a hidden gem! The place was head to toe in quirky colours, chic art, live music and the staff could not have been more accommodating and lovely! Short stay apartments, Baixia – take note future Lisbon travellers!

“And the best bit was yet to come – our very own roof terrace! Okay it wasn’t actually ours but by the time my 17 and a half hens (my beautiful bridesmaid is due in November!) and their copious amount of processco sat down – there wasn’t much room left! But it really was perfect – BYOB, stunning views, drinking games, endless laughter and the best start to the weekend.

“Up fresh as a daisy (kinda) I was told to wear my bikini as we were heading out on our very own boat for a few hours!! My maid of honour appeared with a goodie bag for each hen filled with the ultimate hen hats, sashes, wish bracelets and the never disappointing shot glass and straw! Mine had a little extra treat – the most spectacular bride to be flower crown! Off we went to the harbour in search of our boat with my super glam bride tribe! (shame we lost some of the hats to the sea as we were too busy holding our drinks – priorities!!)

“We anchored half way for a BBQ and a dip in the ocean and it couldn’t have been more picture-perfect, I didn’t want to leave! As Beyonce took us back to shore we were all buzzing and had crazy sea legs so we found the nearest cocktail spot and continued our sesh in the sun! ”

“After the kitty was depleting, it was back to the apartment for some pizza and Mr and Mrs games.” 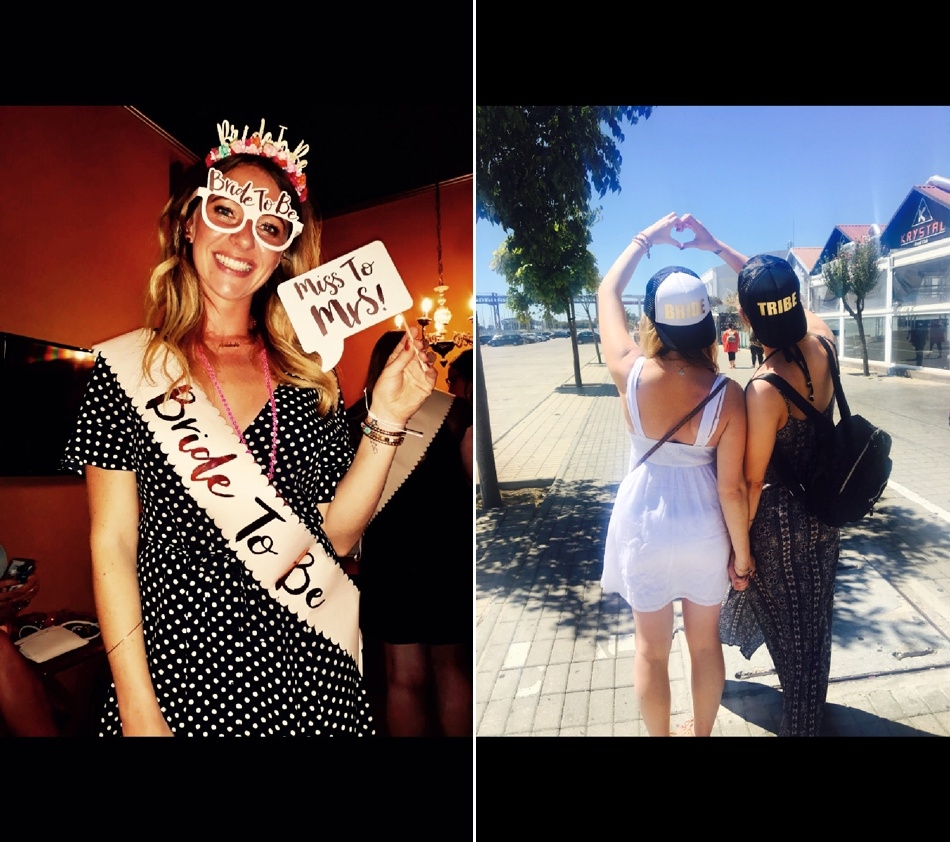 “Sunday (feeling even more fresh) and we were off to the beach to experience paddle boarding! I couldn’t recommend it more – I don’t think I stopped laughing and it was great for the abs – win win!! The instructor had us doing jumps and spins and it was inevitable the we were going in that sea! I could have stayed there all day although I was pretty happy to get back to the apartment though to take off my what I can only describe as a ‘hairy man swimming costume’ which won me a lot of peculiar looks and people taking my picture!

“Quick outfit change and some dinner at the lovely ‘Burger and Lobster House’ we were ready to take on pub central ‘Barrio Alto’. With even more laughs, dancing, karaoke and I even managed an appearance at the LUX club! Then it was officially henny over and out!

“But back to it now – I’ve had a nice wee break! And I need something to keep me busy while Mr. is off on his stagger next month, which makes me slightly nervous! My to do list is almost growing legs and running towards me so I best get back on it. Who would have thought there is only 4 months left of 2017! When did that happen? One needs to get a wiggle on and tick veil and shoes off my list!

“It’s after weekends like these that I really can’t stop smiling and appreciating just how lucky I am. How blessed am I to have such amazing family and friends and an absolute cracker of a henny planner!”

Ooh roof terrace, prosecco by the ton and a dip or two on the ocean. Pretty perfect hen do we reckon. Don’t you? Alie x

Adele and Mark are planning a rustic, laid-back celebration that will be a true reflection of the two of them – think flowers, foliage, fairy lights, plus a BBQ and plenty of beer. They are getting married at Inchyra Byre in Perthshire next May.

Photos courtesy of Adele and friends.